Welcome to the South West Sussex Table Tennis League – a mixed competitive league open to players of all ages and abilities.

Entries from new players or teams are always very welcome.

In the current season, it comprises 13 teams competing in two divisions. Each team must have a minimum of three players and matches are played on weekday evenings.

Each season, a Handicap Cup competition is held, with North Mundham Vipers winning the trophy for the 2018-2019 season, their third win in succession.

The South West Sussex Table Tennis League is affiliated to: 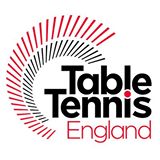 For more information about table tennis rules and regulations please follow these links: